Currently a new art work is in progress that is reactive to audience interaction using this new positioning and localization technology. The primary objective is to be able to track accurately the 3D position of any object within an indoor environment. The problem of indoor localization is very tricky – unlike outdoor tracking where GPS can be used. There a few competing technology for indoor tracking, namely ultra-wide band (UWB), Wi-Fi, GSM, ultrasonic, computer vision etc. Except for methods using computer vision, all these abovementioned method uses either the time-of-flight method or the received signal strength indication (RSSI) method. Each of this method has its pros- and cons-, in terms of accuracy, cost, robustness and ease of setup. 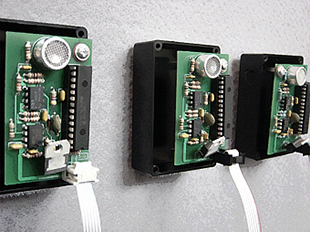 In this project, we explore the ultrasonic tracking method, due to its inherent high accuracy and low cost. It basically measures the time of flight of ultrasonic waves, which is relatively slow compared to the speed at which an embedded microcontroller can process. 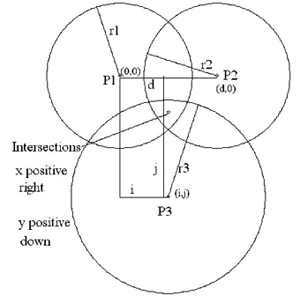 Further work will explore cellular grids of multiple sensors to allow for a postioning in a large scale environment.